If you read any MMO subreddit or forum for any amount of time, you’ll find people asking about how friendly/helpful the community is. It seems like ESO, FF14, LoTRO rank comparatively well, and other games maybe no so much.

Well I had a nice interaction with my group in Haukke Manor, a dungeon on the MSQ mandatory path.

To sum up, we fought through pretty well, encountering no problems. After one boss fight, I went to look at what loot was in the boss chest. When I was done making my need/greed/pass selections, everyone else was gone! Out of the corner of my eye I saw one group member float then vanish, so I know they didn’t run out of the room.

But the instance wasn’t over… hm I figured there was some teleportation thing on the ground I missed. So I clicked around a little, ran around the room, but found nothing.

After ~30 seconds and still finding nothing, I did a party message:

me: where did you guys go?

them1: we just used Return. It should be on your skill bar.

them2: used in an instance it takes you back to the start

them3: final fight is right up the stairs and it is faster than running back to the start

me: oh, I thought I missed some teleportation thing to click on the ground. be right there!

Hehe, it was a knowledgeable player optimization!

What I thought was cool was nobody was angry I didn’t know about it. Whew. 😉 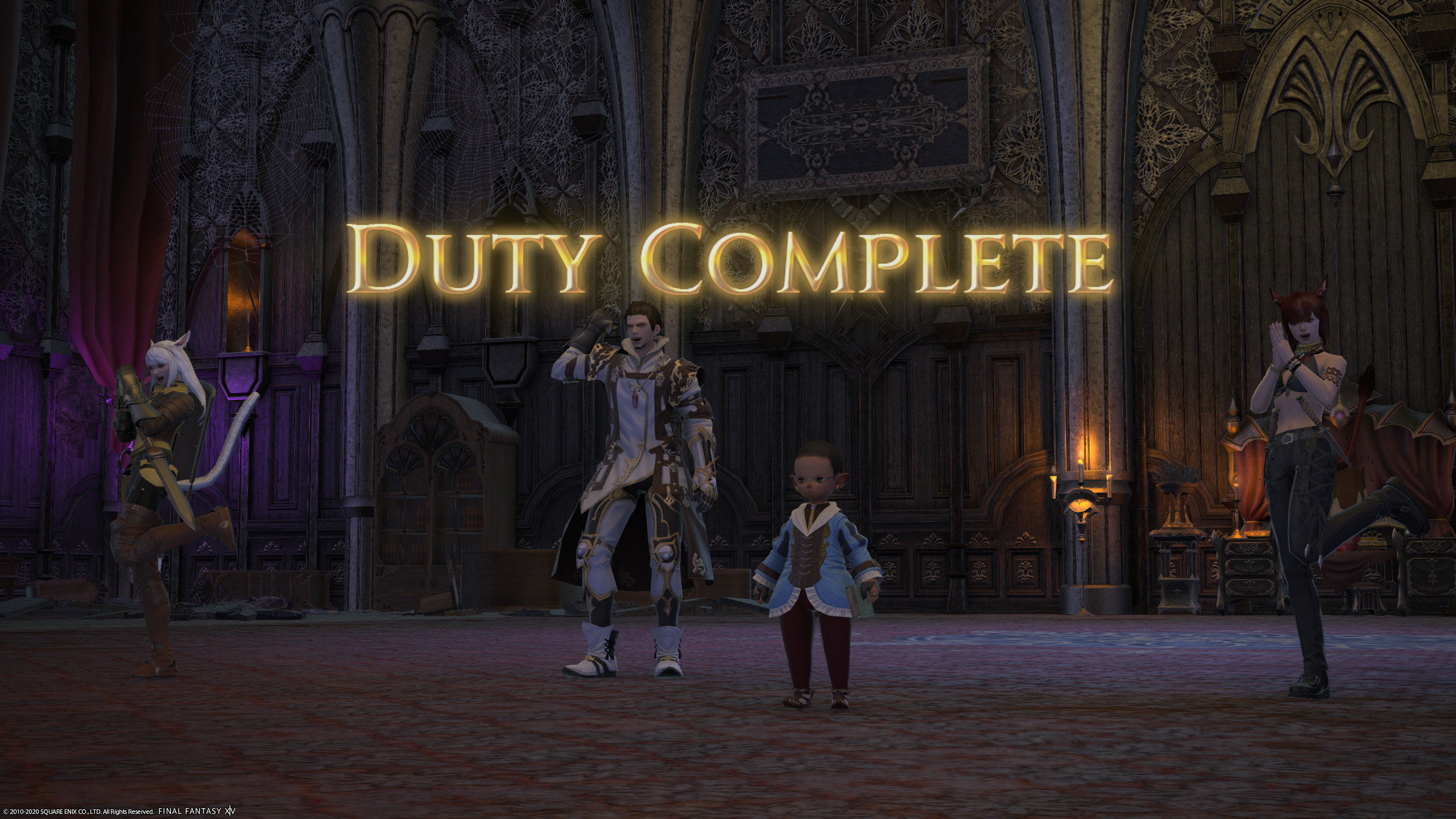 We did win and the way the entire group was so helpful when I couldn’t figure out where they went, without being elitist or condescending, really left me with a positive impression. It’s minor, I’m sure out of millions of players there will be jerks, but this was a very nice experience.

After one even messaged me to ask if I was new at FF14. Yes but no? I played and subbed before on PC, then tried it on PS4 (but didn’t like using the controller as much as mouse/keyboard for this game; however I’m fine with ESO with a controller), and am now on yet another account using the new free trial.

But since I’m on the free trial I couldn’t answer and thank them. 😦

I do plan to sub this time around, when I reach 60. By playing an Arcanist I can level two jobs at the same time, so I’ll have a Summoner and Scholar at 60!