It has been a busy time but I did manage to squeeze in some advancement in SWL. I hit a level block – the last few missions in the “Black Sun, Red Sand” storyline required level 45 – so I did a few quests around City of the Sun God. I was level 44 so it wasn’t too far to catch up. 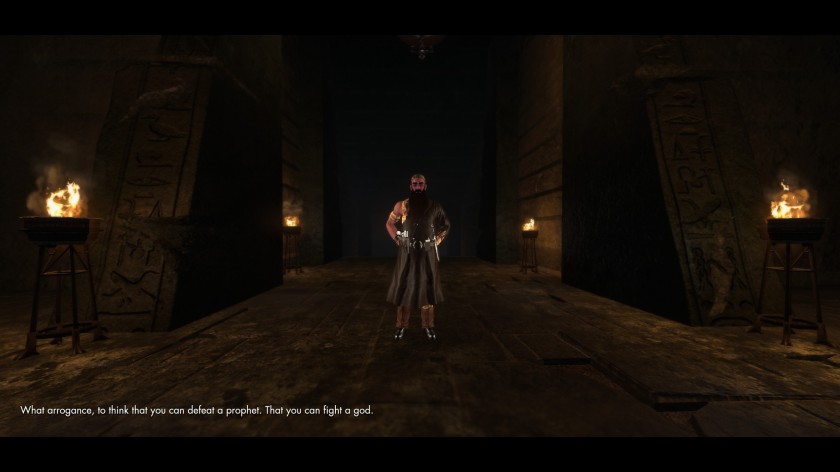 Why yes, I do think I can fight a god! 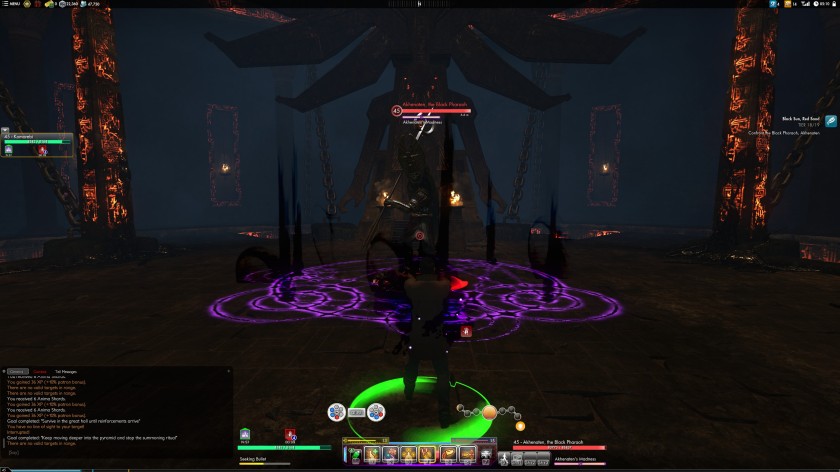 The Black Pharaoh fight wasn’t too bad, although I did have to try it 2 times before succeeding. He uses a skill that you need to run to the edge of the room to avoid, except the 3 available bridges disintegrate as the fight continues. First time I took the bridge I entered the room on and fell to my death (i.e. repeat the fight). Second time I panicked and ran to one that was dissolving. Argh. The 3rd time I planted myself with a good view of 2 of the bridges, and whenever I had to run, I did a quick scan to check I was going to a solid bridge.

Later in the “ice floes” world I was given another choice, pray for forgiveness or fight the messenger. I chose to kneel and pray – truth is I’m not really sure what I did in the first place, but I figure I might as well go along with what the mysterious beings want. Later after I get the knowledge/power, I can backstab them. 😉

I like the puzzles and alternate reality vibe of TSW/SWL. Granted I don’t always solve an investigative mission (at least not every step) but the mechanic where you have some information and need to think about the clues plus use information outside the game or even external websites created for the game (e.g. http://orochi-group.com/) appeals to me.

A friend of mine sent me a link to The Black Watchmen, which has all of these features! I played the tutorial missions and really like it so I bought it and did mission #4. In return I made it a Christmas gift to the friend who sent me the link and another friend who expressed interest.

Anyway, this game is in the vein of SWL’s investigative missions without the MMO part. 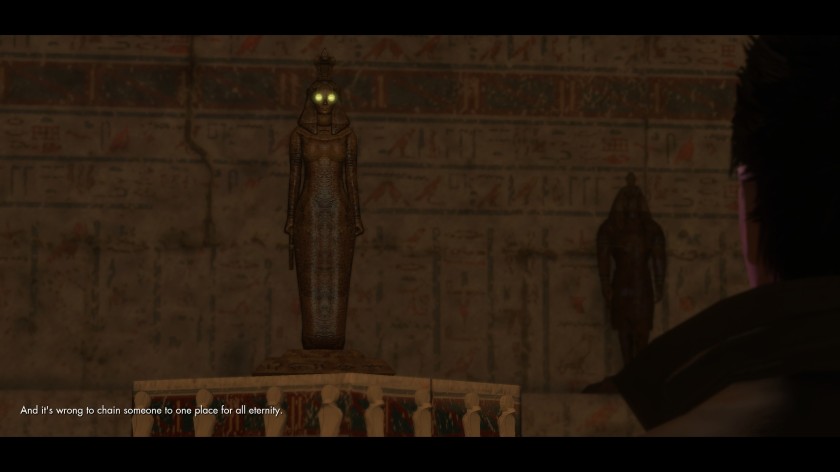 I think in the relaunch FunCom revamped the flow of this city. Players used to complain about how annoying it was to move around, but now, when you accept a quest from on of the statues, there is a portal just steps away that takes you to the new location. And when finishing, there is a portal to take you back. I get the feeling that previously you were stuck criss-crossing the map and that can be tough/annoying since this city has cliffs and canyons all over so you might find yourself stuck at an unclimbable wall. (I don’t seem to take any falling damage in SWL, I just jump right off various heights and land with no problem).

The new quest flow for the main storyline is essentially find each god’s statue around the central ring and do a quest for them.

One of the early missions was to free slaves, accomplished by freeing a golem and them helping them beat down enemies. By the final stage I had 3 helper golems fighting with me, and that’s pretty fun.

It’s not an MMO until you fight a giant spider. 😉

Anyway, I’m almost through the “Black Sun, Red Sand” storyline mission… I should be advancing soon.