Well I’ve been slacking since Blaugust. Sometimes I only have time to play games rather than write about playing games, you know?

I finally got my Dagonic Quasigriff mount, so I can ride around in style. Probably like thousands of other players, who also will obtain the mount… but I don’t care, I like the looks of it. 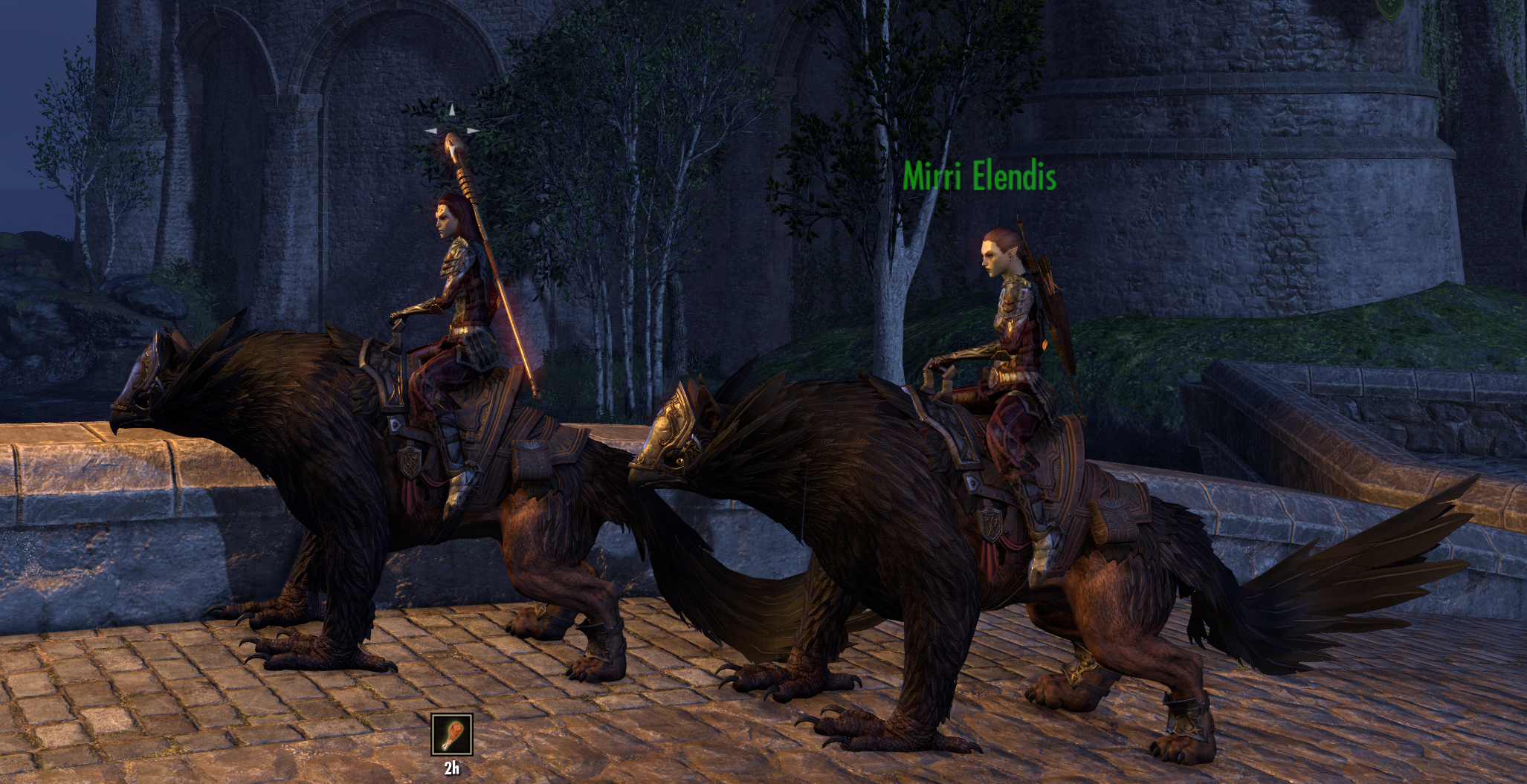 This mount is obtained by participating in various celebrations/events this year – collect event tickets, trade into the Impresario for one item towards the mount.

First you need to get the Unstable Morpholith, which in turn required Deadlands Flint, Rune-etched Striker, and Smoldering Bloodgrass Tinder. Then since I wanted the mount, I obtained Black Iron Bit and Bridle, Black Iron Stirrups, and Smoke-Wreathed Gryphon Feather. Combine, and voilà, there’s your new heavyweight mount.

This might sound tedious but it really wasn’t. It made you play a bit every day (during the various events), doing daily quests to get the ticket rewards. The dailies were generally: do a delve, fight a world boss. Since you could only get two tickets a day, you couldn’t obsessively farm… I suppose on the other side are players that for whatever reason couldn’t play enough each time. However I think ESO has them covered since there are supposed to be two more events with more chances to get tickets, etc.