I’ve probably spent more time on my PC ESO account (Steam, and now linked to Stadia), but I’m further along on my PS4 account and also have played it more recently. But, I’m eager to try out ESO via Stadia, doing more than just collecting daily rewards or training my horse. So, I picked up my long neglected character on the PC account, Melanncthe, a Dark Elf Templar.

First order of business was to reset my stats and skills. I’ve come to realize there are better more focused ways to assign this stuff – in fact the “novice” skills guide in game does a pretty decent job advising what skills/morphs to take – so I looked up where to go. Any of the capital cities works and it turns out I was already in Mournhold! So I found the re-dedication shrines and reset my char back to a nice blank slate to spend points on. I’m not claiming expertise but I know I did a MUCH better job distributing stats and skills this time around.

After that I glanced over my quests and … decided to take a step back and remember what I was doing. So I traveled back to Davon’s Watch in Stonefells and pulled up the zone guide and saw I was missing a few things. Like, most everything. What can I say, I was wandering randomly before (and in my defense I’ll claim that the zone guide didn’t exist at the time, which is true because UESP says that came along in update 21, Feb 2019). SERIOUSLY, it didn’t exist for the first ~5 years of the game??? Wow, that was a tremendous addition to the game, it’s felt like it has been there forever and I leaned on it heavily on the PS4.

Completing the zone guide for Stonefells would be a perfect task to get back into playing – maybe not everything, like world bosses and world events, but definitely things like quests, wayshrines, delves, points of interest, striking locales, skyshards… fortunately I had finished the zone quests and 14 of 16 wayshrines, so my goal was to get those other 2 wayshrines and then do a little exploring and a quest or two.

One wayshrine I needed was “Brothers of Strife” so I ported to the nearby “Fort Arand” and started traveling. Soon enough I found a quest giver standing outside Fort Arand, and started the quest “Suspicious Silence”.

Suspicious Silence had me battle through an enemy camp to retrieve orders, which led to the follow up quest Venom of Ahknara. That quest had me fend off 3 assassins infiltrating the fort, explore a dungeon in order to seal it off from an invading force, and then defeat their leader, Ahknara. Fortunately there was another player around because that last fight against Ahknara was tough, but between both of us (generously speaking, they did 70% of the work) we did it.

I can’t figure out how to get WordPress to render that inline… I guess the previous method of downloading the image and uploading it to the WordPress image library to then insert will still work. I’ll keep fiddling around for a better solution; in the meantime:

Anyway, that is ESO played in a Chrome web browser on my gaming PC. And here is a screenshot from Chrome on my Linux NUC (no video card, only integrated graphics): 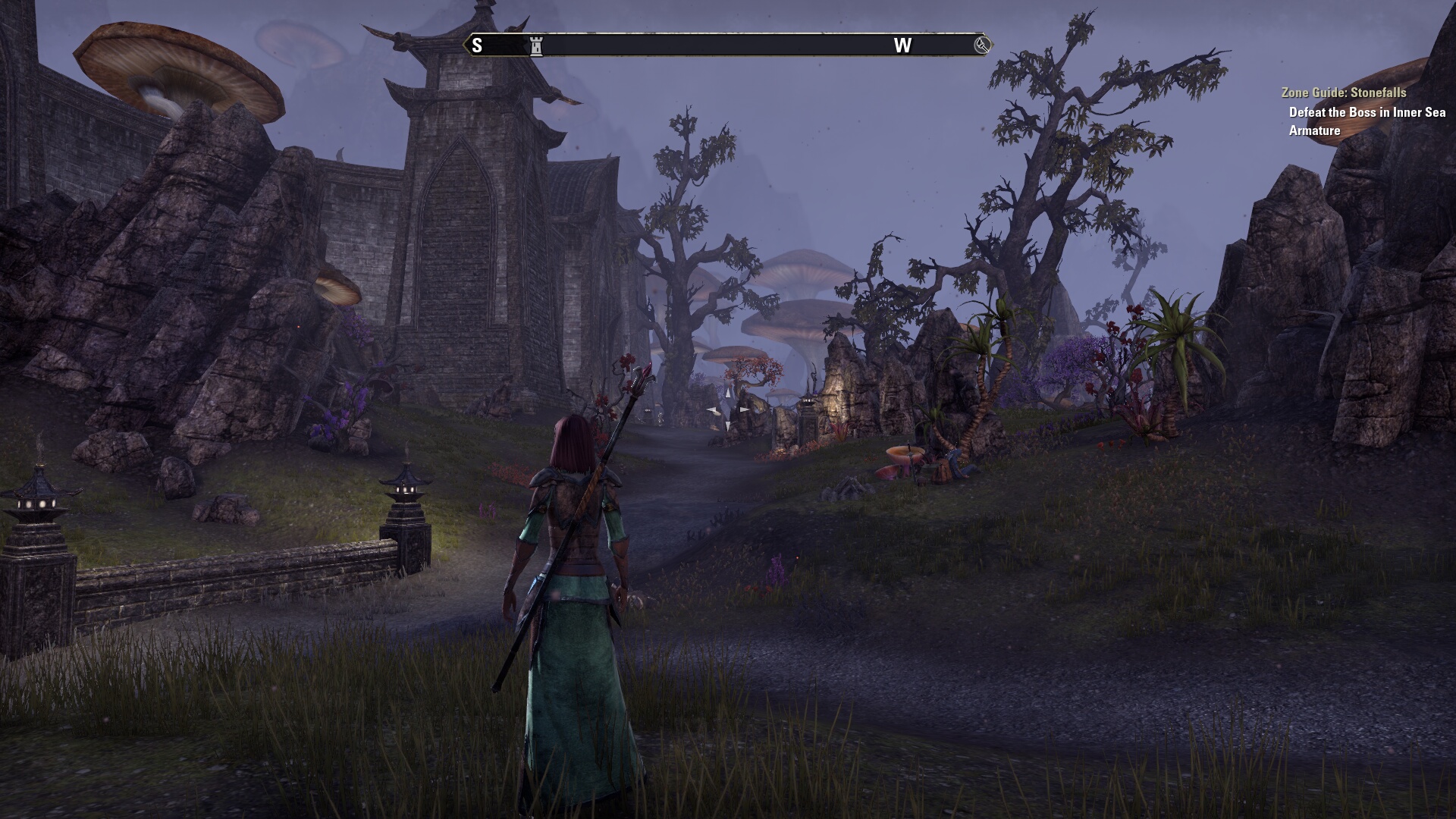 This shot was taken the next day, not immediately after (I should have waited in game longer for the day to brighten), so the fact it is darker is more about the time of day in game. Next time I’ll get a pair of screenshots by grabbing one when I log off, then hopping on my other computer to get another.

I’ve got more things to try out with Stadia – controllers, and of course playing ESO on my Android phone, because I can! Am I’m really curious how well it works.