This definitely marks the furthest I have been in the MSQ. I’ll be honest, I don’t remember doing Haukke Manor the previous time I played, but I checked old blog posts and I did. So there’s a reason to keep a blog – to remember things. 😉

Moving along in the MSQ I arrived at Brayflox’s Longstop. I haven’t been paying super attention to the story line, but I believe I’m here because I’m gathering supplies for my own banquet, and need wine and cheese. Of course, the cheese guy wants me to first take care of the dragon problem inside Brayflox’s Longstop.

I don’t require Hugo/Nebula award winning prose and storylines, just having an overarching story to follow helps guide from zone to zone. So… it’s fine! 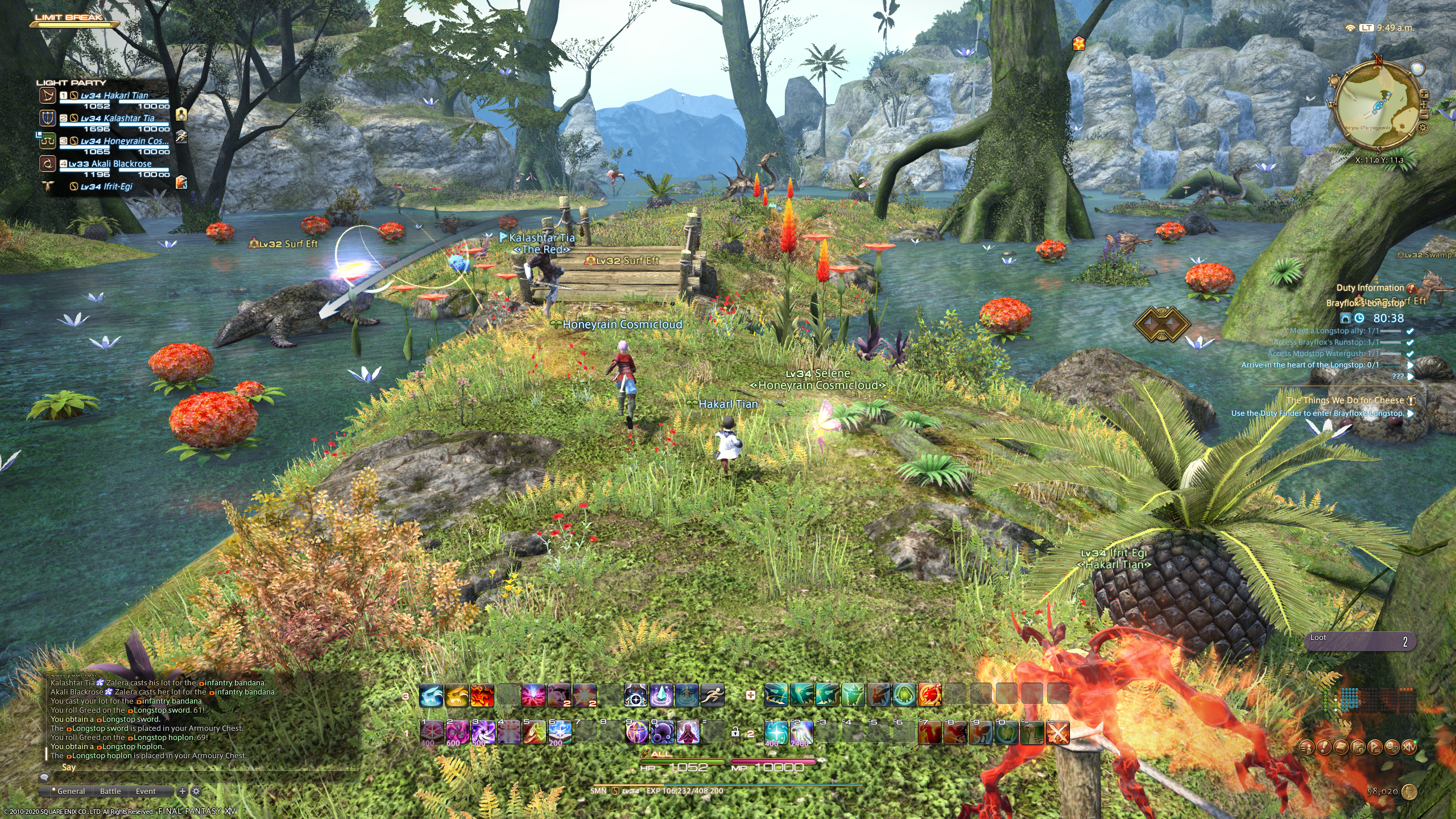 The dungeon itself was fun, and a change of pace since it was set outdoors. It was also very colorful and I enjoyed it. Actually, this whole game is very colorful – even in a relatively bland setting the graphics effects from other players is eye catching. Nothing wrong with that!

After finishing Brayflox’s Longstop and enjoying my banquet, I was inducted into the “cool enough to fight a Primal” club, and received orders to fight at The Navel. So my banquet totally wasn’t a last dinner, just in case, it was a pre-celebration on my upcoming victory! 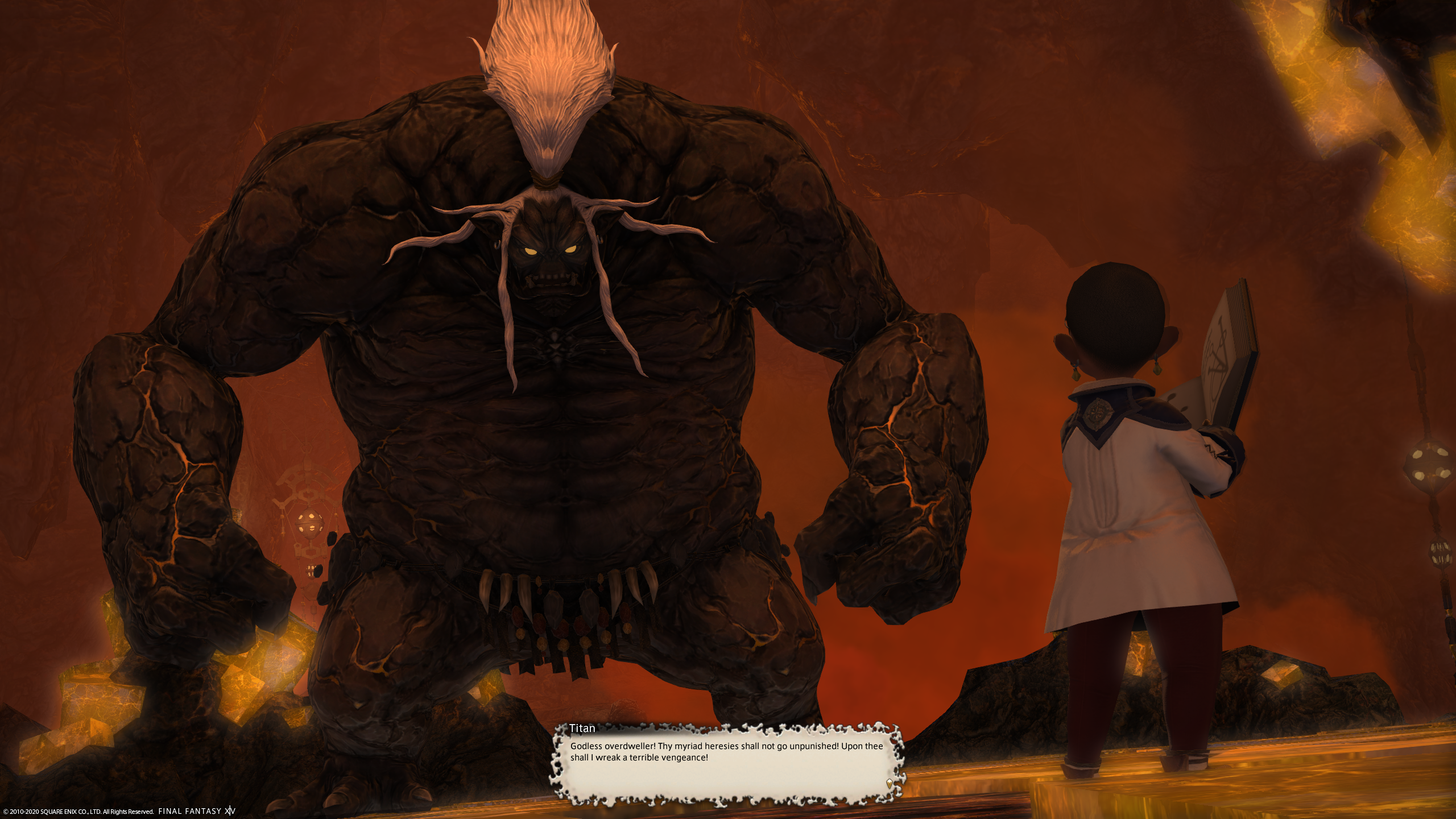 The Navel is classified as a Trial, which means it is essentially a one-room dungeon with a boss fight. No trash pull, no travel… just you (and the rest of the team) vs the big guy.

It was a tough but quick fight with us prevailing, and of extra importance for me as an Arcanist/Summoner/Scholar is that defeating the Primal Titan unlocks my next Summoner Class Quest, Austerities of Earth. Onward!

2 thoughts on “FF14 – Brayflox’s Longstop and The Navel”