Azuriel posted about the upcoming patch to FF14, which among other things… makes 60 levels of content available for free.

Hm… I played FF14, twice. Once on PC, and then I tried it on the PS4 but for that game, vastly prefer keyboard/mouse. (ESO works well enough with a controller, I don’t mind it. While a controller worked for FF14, it felt kinda clunky).

60 levels is… very generous! WoW gives you what, 20? That only lets you try one or two dungeons at most. You’re barely into your skills. Heck on classic playing a paladin, level 20 still felt like the one-button-class.

Anyway, I decided to roll up a new account, so I created a new email address solely to allow me to participate in this.

After looking over the updated class/job chart on a wiki, I decided to start with an Arcanist, working towards the Summoner and Scholar jobs. I unlocked those the previous time I played. Also available in Limsa Lominsa is Rogue and Ninja, which is also one of my many plans. And perhaps if I also wanted to try tanking I could train Marauder and Warrior, also available in Limsa Lominsa. Not that I can’t eventually travel to Ul’dah or Gridania, but it keeps things simple for now.

The other big decision was what race. I like the looks of the female Roegadyn, and well… not much else really grabs me. So I went with the least bad option and started a male Lallafel. What the heck, I like short races (e.g. Hobbits in LoTRO). 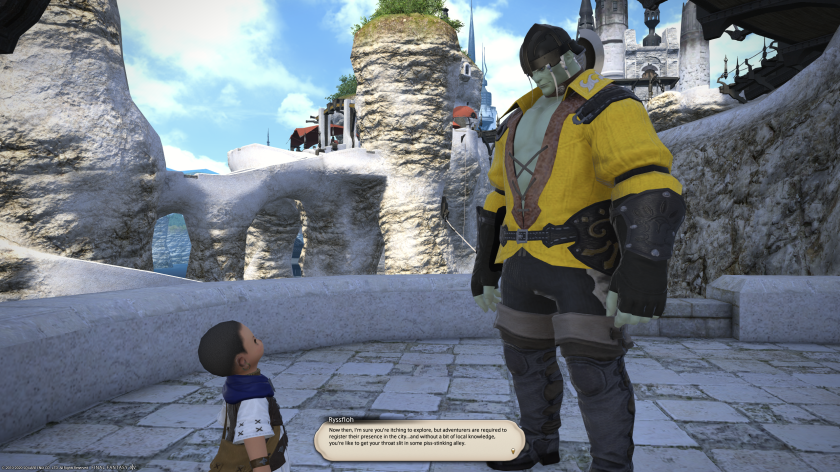 Now, after approximately 5 hours of play over the weekend, i.e. 10 pomodoro chunks of time as explained in a previous post, I reached level 17. I’ve been following the main scenario quests (MSQ) and reached Feint and Strike; meanwhile I’ve also done my class quests, so at level 15 I picked up my topaz carbuncle. 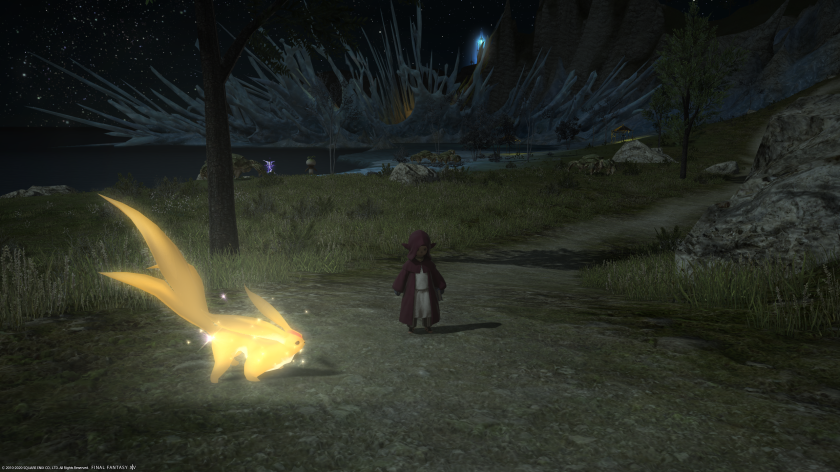 I have skipped all other quests, avoided Fates and Levequests, except possibly one or two very early quests, of the deliver or talk to NPCs standing in Limsa Lominsa variety – basically extended tutorial and/or city orientation quests. The reason I’m skipping all quests other than the MSQ and class quests are to leave them in case I do decide to level an alt class/job. Reaching level 17 only doing main and class quests (and not even being that far along) is proof the current leveling xp buff is a significant one. I mean Feint and Strike is listed as level 14 and I’m a few levels higher essentially only doing the storyline.  I’m not even far enough along in the MSQ to open travel to the other starting cities! I remember being throttled on my char when I tried previously – I had started as a Lancer in Gridania but wanted to do Pugilist and Monk and had to wait to unlock more travel options.

I’m curious what streamlining the patch will bring when the game is back tomorrow!