After finishing up Vol 1 Book 1 on Spessartina, I headed east of Bree to the Lone-lands. It had been a very long time since I quested through and was pleasantly surprised at the reorganization. The Forsaken Inn was jam packed with quest givers to start you out, but one or two other Eglain camps spaced out to the east helped lead to Ost Guruth. 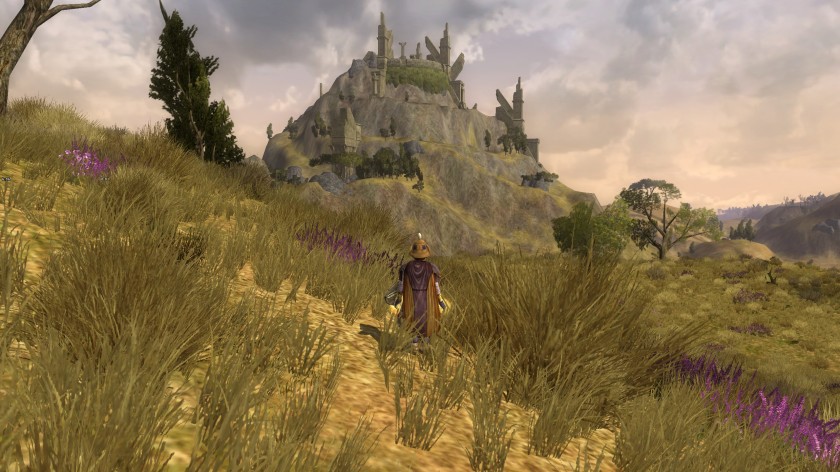 Lone-lands is both familiar to me and fun, however at the same time I’ve gone through enough so I beelined Book 2 in order to head to Esteldin in the North Downs. 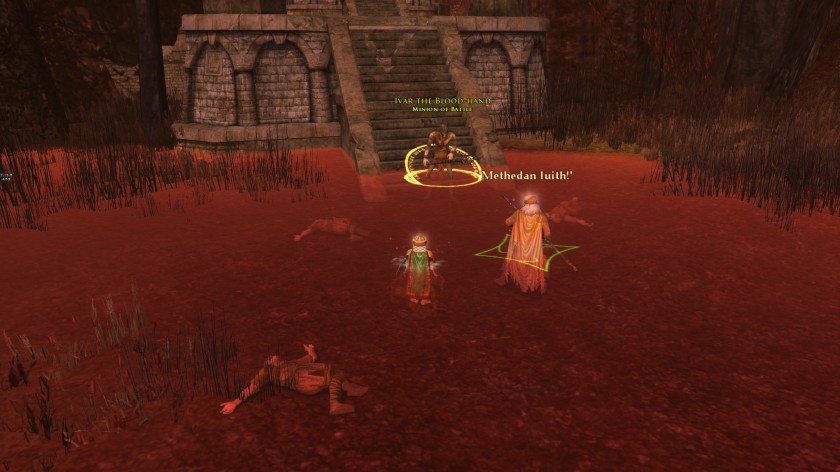 I just had to lend a hand to Radagast the Brown first. He didn’t fight too much during the Red-Pass instance, but in the end he did call down a lightning strike to drive Ivar away.

Spessartina reached level 30 and I decided to reorganize a bit.

First, I settled on Virtues to work on: Innocence, Tolerance, Charity, Honour, Patience. I’m a fan of mitigation/resistance virtues over straight stat buffs, and this collection represents, as the primary effect, physical mitigation, tactical mitigation, resistance (x2) and ICPR (in-combat power regeneration). I need just a few more quests, kill deeds, and exploration to get them all into the 2-3 range.

Second, I respeced to Warrior-Skald. I had been playing as a Watcher of Resolve, but many fights were dicey. For example, when I had to collect sigils of the gaunt-men, who are signature mobs with an add usually standing right next to them. Oh, the gaunt-men can also summon. So many times I was briefly fighting 3 enemies at once. My strategy there was simple: fear one away (Invocation of Elbereth) and then immediately try to kill the gaunt-man before he summoned another. My morale dipped under 33% many times and I decided that going forward I would spec fully into Warrior-Skald, the minstrel DPS spec. Why not, LoTRO makes it pretty easy to have 2 specs and switch between them.

Third, I was looking for a diversion and went to a skirmish camp. I find these fun in small doses, so I’ll do some later. Maybe I’ll even make a point of doing a skirmish every time I play as a way to break up the quest/leveling process.

What I hadn’t noticed before was the great gear you can get by trading in marks! Back when I was leveling my original group of characters, my “main” was a hunter about 5-10 levels higher then my next highest character. My hunter, Glyneth, is an explorer and provided hides, ore, and wood for my other character’s crafting until they got far enough along to do it themselves.

I don’t get enough hides to tailor armor for two characters, but now I don’t have to farm for materials thanks to skirmish gear – I can get jewelry, and weapons too! This is awesome!!

The tiers on skirmish camp items looks like every 3-4 levels, which is perfect. It lets me gather/craft while leveling but still keep their armor/jewelry/weapons reasonably up to date without having to farm on my higher level characters. 🙂