So… along the way of the crafter I hit a snag.

I leveled up Culinarian and Alchemist to 15, did the new class quests, and picked up a new round of tradecraft levequests. I noticed that unlike the previous lower level recipes, the new level 16-20 recipes (and hence levequests) called for ingredients that weren’t for sale from the guild supplier. Of course, this makes sense in retrospect. It shouldn’t be possible to craft everything just standing in the guild hall, buying all ingredients.

So I went to the market board and checked to see if what I needed was available. It was, but prices were high, at least proportionally according to my current wealth. I needed 3 ingredients, and they were for sale but in stacks of 10 for 5000 gil. This probably isn’t too bad for the convenience, but I only had ~70K gil. I could afford 15K but that’s a major chunk of my money and not sustainable.

I bought those ingredients, so I’ll be able to finish off several days of levequests, but if I really want to level up Culinarian (for example), I’ll probably need to take up Botanist in order to get my own ingredients. It’s a gil-sink that I don’t need right now, since I’m not exactly floating in wealth.

While I ponder that, I decided to take another course again: Thamaturge. With a level 30 Arcanist,  I’ll be able to open up Scholar job since I reached level 15 as Conjurer… and paired with that same level 30 Arcanist, I’ll be able to open the Summoner job too after I reach level 15 as a Thamaturge. I figured, why not, getting to level 15 doesn’t take too long.

With some new short term goals in place, I reached level 30 as an Arcanist and completed the quest to unlock the Scholar job. 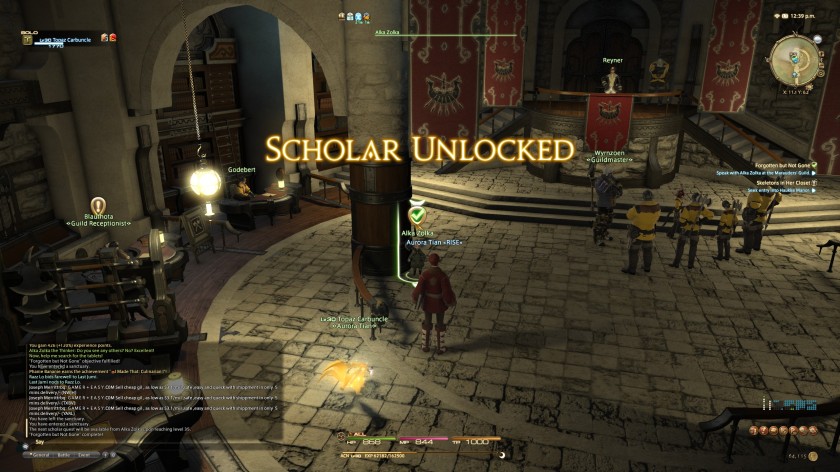 After a bit more effort, I reached level 15 as a Thamaturge and unlocked the Summoner quest. This class quest was tough – I failed it twice! – but the third attempt was successful. The battle involved defeating a summoning fire spirit and adds, and I failed it because I wasn’t taking out the adds quickly enough. One set of adds were summoned pillars that amplified the fire spirit’s power if left up too long. The third time, when the pillars appeared I fought them exclusively. 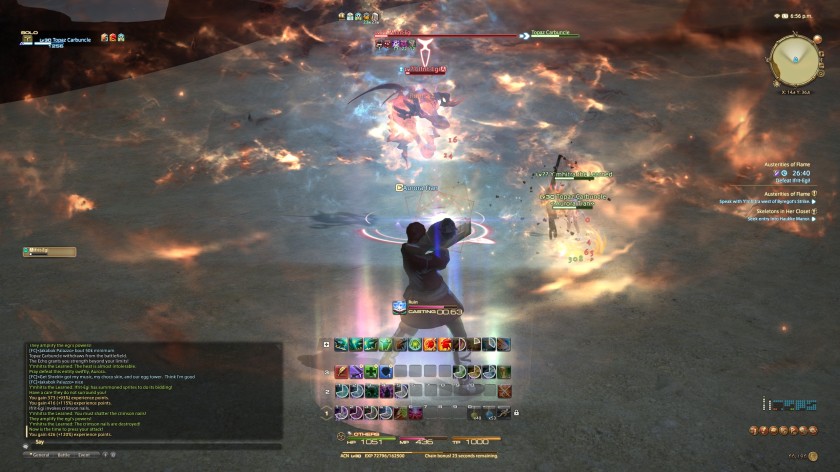 With those pillars out of the way, the rest of the fight was straightforward and soon I unlocked the Summoner job. 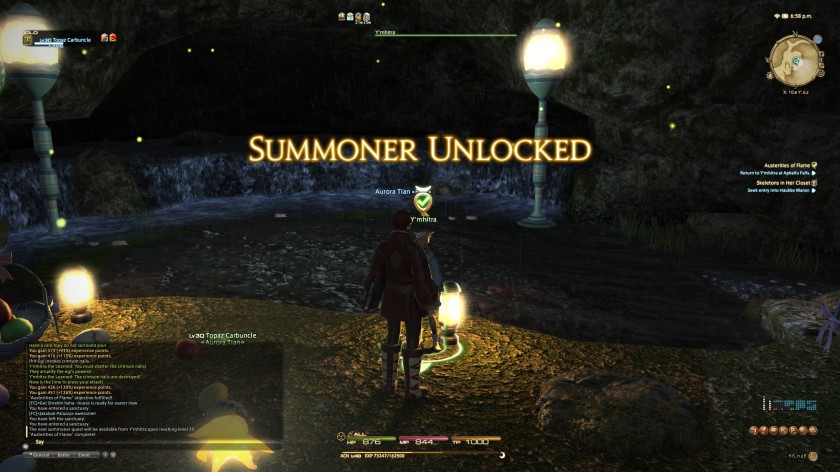 Finally, I reached level 30 as a Pugilist which allowed me to quest for the Monk job. 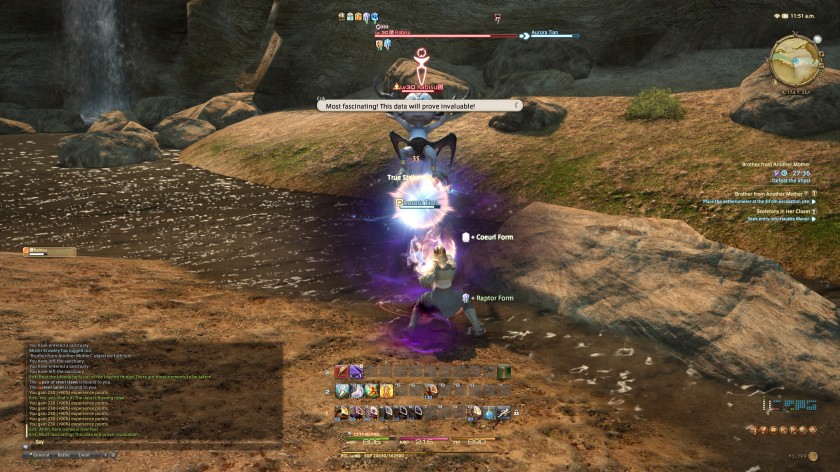 I thought this screenshot humorously captured the Monk class quest – I’m fighting everything and the quest giver is talking about what great data he’s gathering! 😉

Anyway, with 3 jobs available to me now, I’ll have good variety going forward. Part of me wants to level as a Rogue in order to unlock the Ninja job at level 30. But I’ll make that a low priority additional activity, since I just now hit level 30 on Arcanist and Pugilist and I’ve been playing 2 months. At that rate it would take me another month to level up a Rogue and right now I’m going to move forward in the storyline.

One thought on “FF -Three Jobs”