More progress in FF14 – the next dungeon in the main scenario questline: Thousand Maws of Toto-Rak. Once again, to get an idea of what I would be dealing with, I watched MTQCapture’s great summary:

I’ve had a switcheroo on my character – since Arcanist is higher level than Pugilist, I decided to go in as a spell caster instead of melee. I do like fighting at range since it lets me see more of the fight.

The Arcanist is a DOT class so I summoned my DPS pet instead of my tank pet, and dotted everything up in rotation. The run went very smoothly and we were fighting the end-boss Graffias in no time at all. 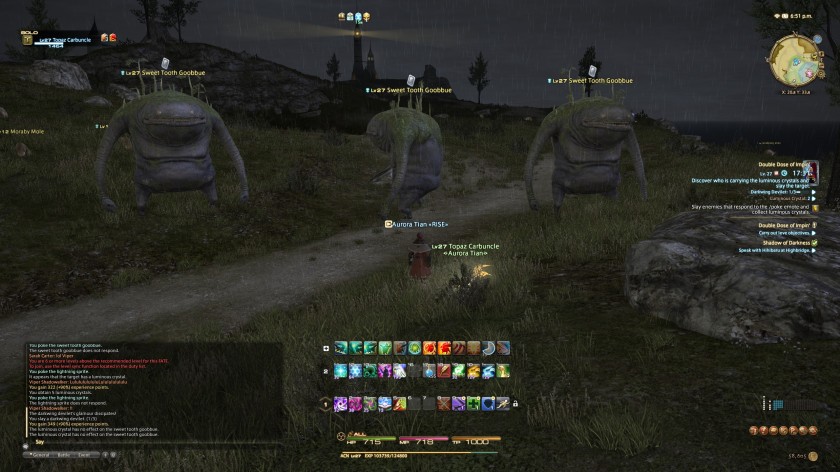 Later I did a few grand company levequests to upgrade my uniform; I thought this shot of 3 sweet tooth goobue’s standing next to each other looked funny. I’ve been switching off level Pugilist by doing a few levequests as well – I don’t want to let too much of a level gap in.