I advanced Glyneth in the storyline a bit. I decided to finish off the chapter I’m on (Season 1 Chapter 7) and then switch over to open up Maguuma and the Heart of Thorns storyline. Then switch back and work on getting *one* character through the first storyline of the game. 😉

Depending on how that goes, maybe I’ll continue with Scarlett’s War (yeah I’m behind, what can I say) or maybe I’ll keep glidin’ in Maguuma. 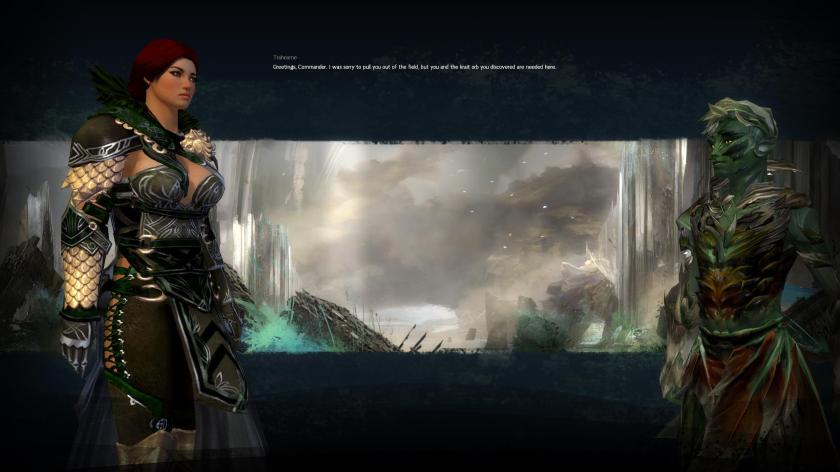 Anyway, Glyneth was summoned to Fort Trinity to repel an undead attack. After an initial skirmish outside defending a logging camp, the fight moved to the first gate.

We couldn’t hold it so the orders change to fall back inside. That didn’t hold either and after being driven to the center of the fort, we noticed some infiltrators stealing the blue orb I stole for us in a previous mission. 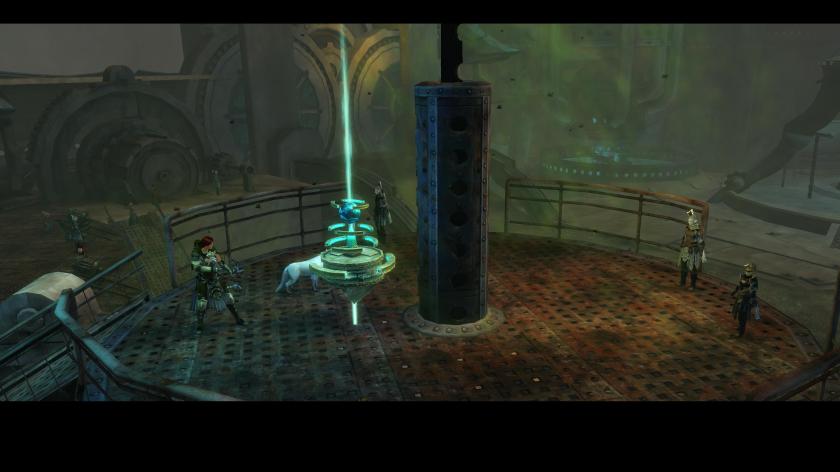 A short battle ensued and we regained control the orb, which powers some magic laser thingy that keeps the defenses up… I think. No matter, putting the orb back in place changed the tide of the battle and we were able to clear the fort of undead.

Immediately afterwards, we formed a rescue mission for Apatia, who was captured in the previous mission. 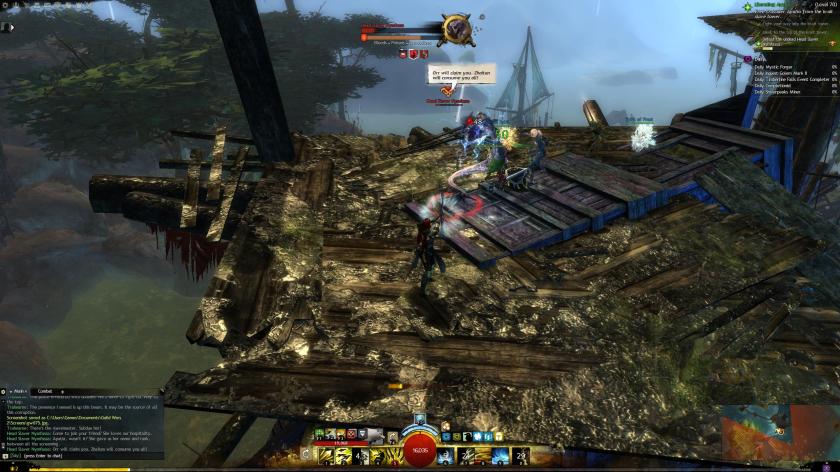 We fought our way to the krait city, built on some very creaky looking timbers. As in, a stiff wind or storm should sink the entire structure. After reaching the top and defeating the head slaver, we found Apatia, but unfortunately she was taken by the Risen and was lost to us. What remained was to sing her legend at Hoelbrak.

Alrighty, so now Glyneth is on Chapter 8 of the Living Story, Temple of the Forgotten God. Aurora, my elementalist, is at Starving the Beast, so only 3 storyline missions ahead. I plan to advance Glyneth since I’d rather have a ranger (druid) for future content. If I worked on the missions, rather than get distracted by completionist stuff like exploration (finishing each zone to 100%) I could finish up the storyline in just a few weeks!