It bums me out that I don’t devote enough time to this excellent title. I may have to re-prioritize what I play to change that.

Anyway, the other day I was listening to the Lore Podcast, catching up on some back episodes. I am up to #18 Hunger Pains, about myths surrounding monster cannibals, when the host Aaron Mahnke mentioned the name of one such native American creature – the wendigo.

What?? That’s a monster from Secret World; I just assumed Funcom made up the name of the mob. I didn’t realize the name came from an existing myth!

The inspired me to adventure more with Wayness in Blue Mountain, and look for some Wendigo. It didn’t take long, as it happens the road running by the side of the camp I am staging out of is “Wendigo Way”. 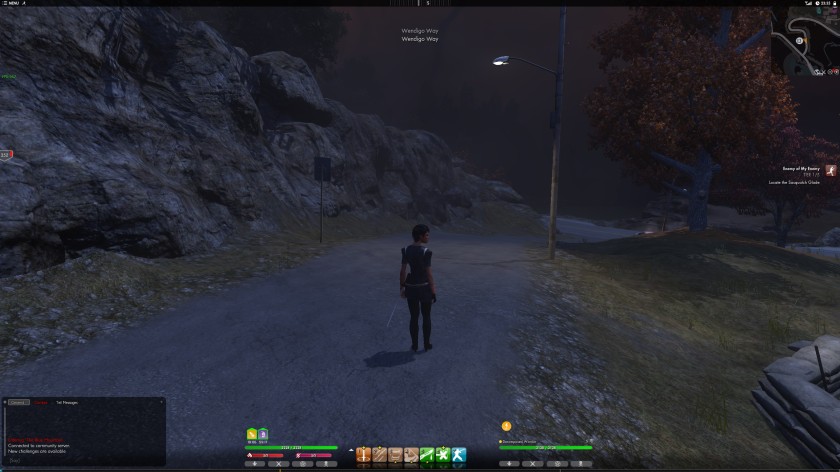 The next mob I found just down the road was a Wendigo! Killing it bumped me to 25 overall Wendigo kills in the overall “wendigo slayer” achievement. 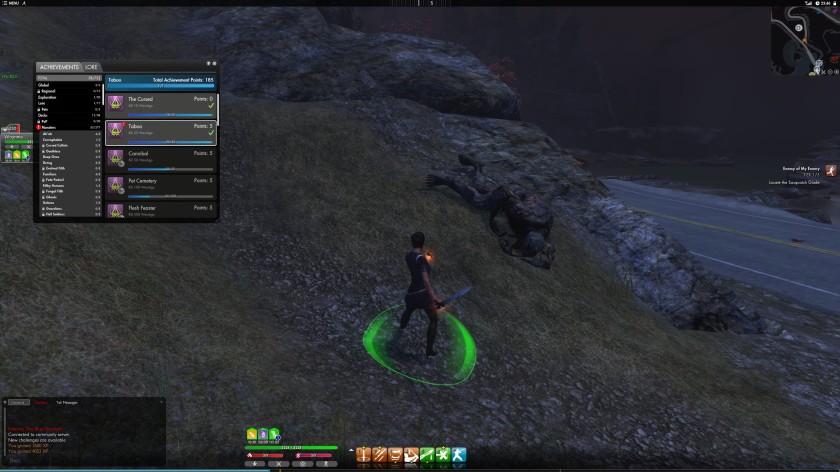 Actually the mob didn’t have Wendigo in its name, it was called something else like Brood Worker. But it counted so it must be in the Wendigo species. 😉

My current mission was Enemy of my Enemy which involved speaking to some a friendly Sasquatch chief and see what he wanted… and it boiled down to investigating a cave and freeing some capture Sasquatch tribe members. That sounds fun so I jumped in to be a hero to the tribe. 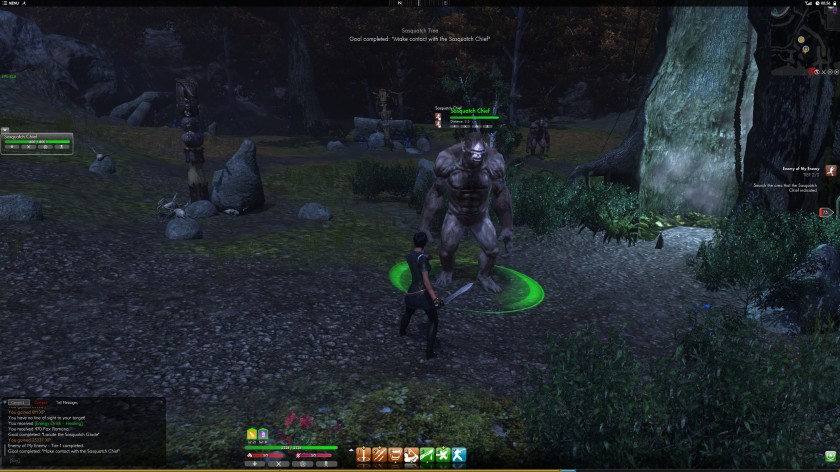 After talking to the chief and finding the cave, I entered and battled numerous Brood Feeder (more Wendigo??) to free each prisoner. 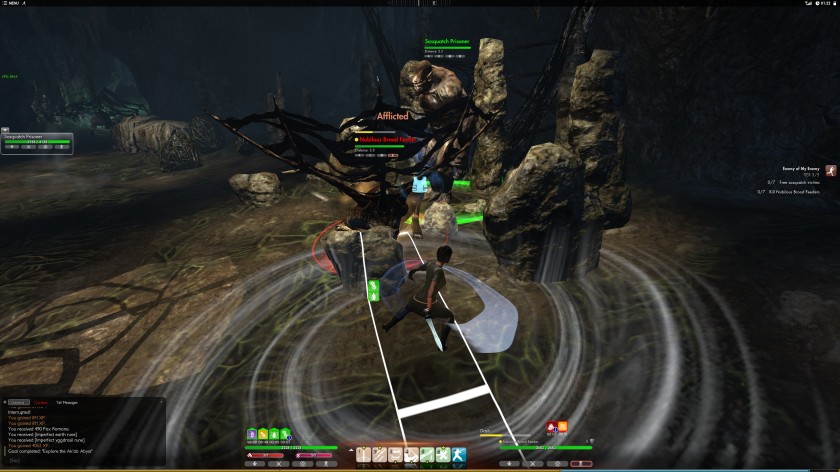 The next stage of the quest involved destroying a hive, which freed a boss Brood Queen (you could see that coming!) 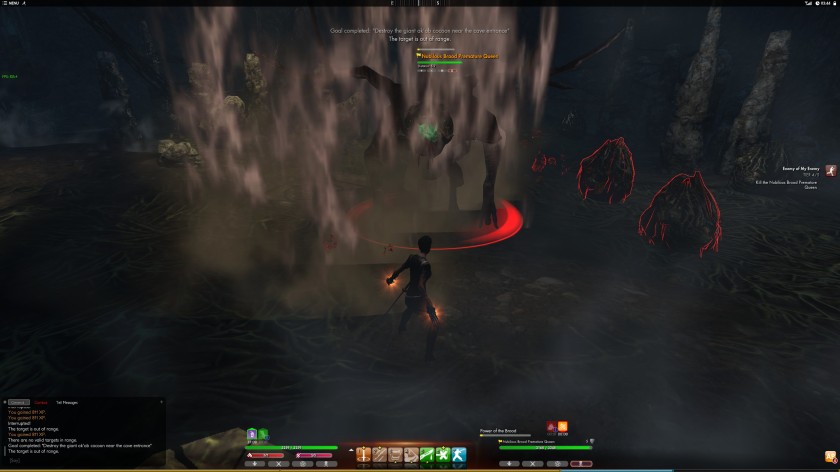 It was a fun fight – many TSW mobs have telegraphs a la Wildstar, but not all, so I have be a bit mobile and move out of the way. So the combat is active but not way over towards the twitch side, at least IMHO.

Anyway, I didn’t have much time so I did one more quest and called it a night. For my efforts I earned enough ability points to unlock two more Starter Deck outfits and also gained a few more skill points which let me bump my sword survivability skill up one. Wayness is now QL5 in Fists and Blades so my next few skill points will go towards bumping up talismans.

One thought on “TSW – Sasquatch”